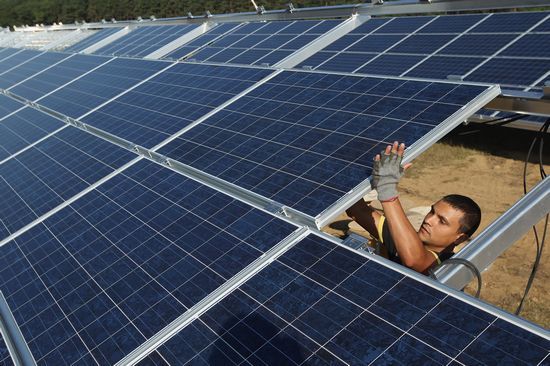 The subsidy policy has always been one of the most concerned policies of PV companies, and the PV industry is expected to take the opportunity to turn losses into profits as soon as possible.

The Development and Reform Commission stated that the improvement of the photovoltaic power generation price policy is an important measure to implement the requirements of the State Council and promote the healthy development of the photovoltaic industry. It is conducive to exerting price leverage, guiding the optimal allocation of resources, and promoting the rational layout of photovoltaic power generation projects. Encourage PV companies to improve their technology and reduce costs.

"The national photovoltaic electricity price is about 1 yuan per kWh, and the thermal power price is 0.4 to 0.5 yuan. After subsidies, the market competitiveness of photovoltaic power generation will be greatly improved." Lin Boqiang explained.

It is worth noting that the subsidy price of the power station is divided into three types of regions, and their prices are different.

It is understood that the state's subsidies for photovoltaic power plants were constructive subsidies, that is, investors can apply for subsidies at the time of construction. The subsidy policy introduced by the Development and Reform Commission is to encourage more actual power generation, so it is subsidized according to the actual power generation. In addition, subsidies for power stations have changed from national uniform prices to different prices in the three types of regions, making subsidies more reasonable.

â€œDivision pricing is very worthy of recognition. The resource conditions in different regions have a great impact on power generation, and pricing should be differentiated,â€ said Yu Wenjun, an industry analyst at Shenyin Wanguo.

Jing Jing, global brand director of Jinko Energy, said that the lowest price of 0.9 yuan per kWh in the regional benchmark electricity price is also increased by 12% per kWh of 0.75 yuan. Will benefit the photovoltaic equipment manufacturing industry and downstream investors. The increase in demand for equipment downstream will benefit upstream PV manufacturing companies.

Not only that, the notice also pointed out that the district benchmark on-grid tariff policy applies to PV power plant projects that were approved after filing on September 1 this year and approved before September 1st, but were put into operation on or after January 1, 2014; In addition to enjoying the central financial investment subsidies, distributed photovoltaic power generation projects. The implementation period of the benchmark on-grid price and electricity price subsidy standard is in principle 20 years.

After two years of losing winter, the Chinese PV industry has finally begun to smell the breath of spring. According to the plan, in 2015 China's total installed capacity reached more than 35GW.

However, under the continuous stimulation of favorable policies, in the first half of this year, the commercial ecology of domestic PV installations is improving, and the price of components is also in a stable range, even slightly rising.

Nowadays, the difficulties in grid connection and subsidies for electricity prices have been supported by the policy level. The confidence of the industry has been boosted and the tide of investment has started.

According to reports, in the near future, the VAT for PV power plant projects will be clarified. The value-added tax for photovoltaic power plant operators is 17%. If the value-added tax is lowered by 8.5 percentage points, the rate of return of the power station will increase by 1% to 2%, which will directly benefit the photovoltaic power station operators.

However, Meng Xianyu, vice chairman of the China Renewable Energy Society, believes that pricing mechanisms, classified regional benchmark electricity prices, distributed photovoltaic electricity prices, and renewable energy additions are all interrelated. Whether or not the healthy development of the industry can be achieved, the rationalization of the management system is the key. It depends on the cooperation of the power grid: whether the electricity price can be fully received, and whether the power grid can be fully and timely sent to the photovoltaic power generation enterprises.